There was a knitter. As usual, this knitter had quite a few unfinished objects. There were sweaters, socks mittens, a shawl, and even a cowl! Her house was starting to look quite messy- a sweater blocking in the crib, a partial legwarmer dangling near the dresser, a sleeve on the kitchen table, a half-finished hat stuffed between books on the shelf. 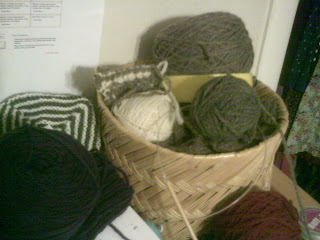 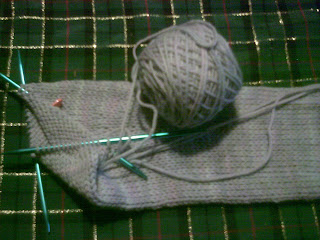 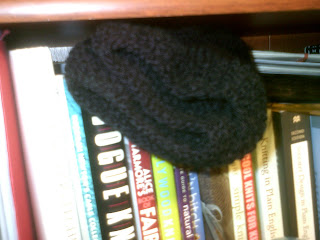 Oh dear.
The knitter decided to tidy up a bit. Um, not that kind of tidying up. No, she decided she would finish up a few projects. Maybe that pair of self-striping socks. 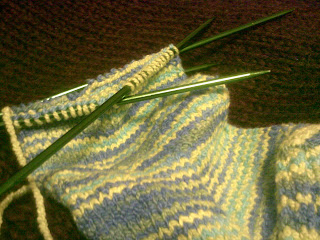 The socks went in her purse and she worked on them all day, making great progress. The heel was turned while waiting in line. The gusset decreases were finished on the bus, and then.... the foot.
That boring foot.
At the exact moment she tired of the foot, her son decided to take a nap. With maybe an hour of free time head of her, she decided to cast on something new. (Because surely "maybe an hour" is enough time to cast on AND complete an object, right?)
She spent half of her time searching for the perfect object on Ravelry. In the end, she decided on mittens. The Yarn Harlot's mitten factory had nothing to do with this decision. This decision, of course, stemmed from the wintery wind and snow in Central California... Yeah...
Or maybe it was the cute pattern.
At any rate, she cleverly decided to modify the toddler pattern to fit an adult. She cast on the new mittens for herself.
For herself! Yes, in December.
Surely this selfishness was the reason behind her misfortune. The mitten cuffs came out too loose; the 10's were too big and on top of that, it turned out the initial cast on was off by 6 stitches! 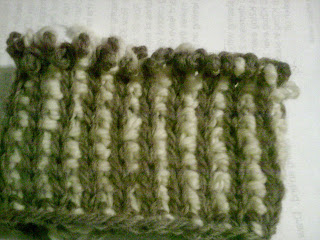 She took the failure as evidence that December is for Christmas knits. Some time and a failed attempt at gauge for some fingerless gloves made her think again. 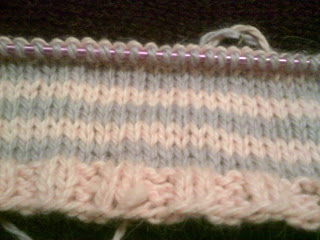 Maybe sometimes it's best just to keep working on what's working out. 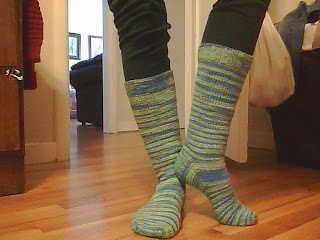 Posted by grandmastatus at 9:40 AM