Did I ever mention how I wanted to knit the Calligraphy Cardigan with my Miss Babs Whatta Skein I got at Stitches West?
Like, ages ago?
Like, around the time Susan B. Anderson started hers?

So I never did that.

But that's why time keeps on keeping on! So we can do those things we meant to do. Right? 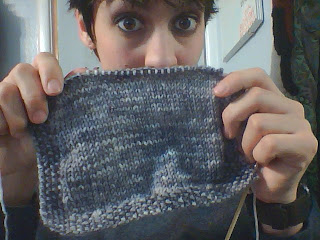 Once I block this sucker I can start doing my gauge calculations- Since it's knit flat I'm using a size 5 AND a size 3, to account for my loose purls. It's still a tiny bit uneven but I'm hoping with a bit of water it will turn out nicely. Actually, though, I'm afraid even with 5's and 3's my gauge will be too loose. And 3's are the smallest needles I have in this particular interchangeable set. So I might just do magic maths with whatever gauge I DO get....

In other news, my son's adorable woolen sweater with the felt dinosaur? Shrunk when it was washed and dried. This wouldn't have surprised you or I, but it did shock my mom, who immediately bought me more yarn to make him another one. So that's on the needles, too. It's just plain grey this time around- I really wanted to do some cute fair isle on it, but he insisted to have a dinosaur on this one too. Oh well.
Posted by grandmastatus at 11:27 AM 1 comment: 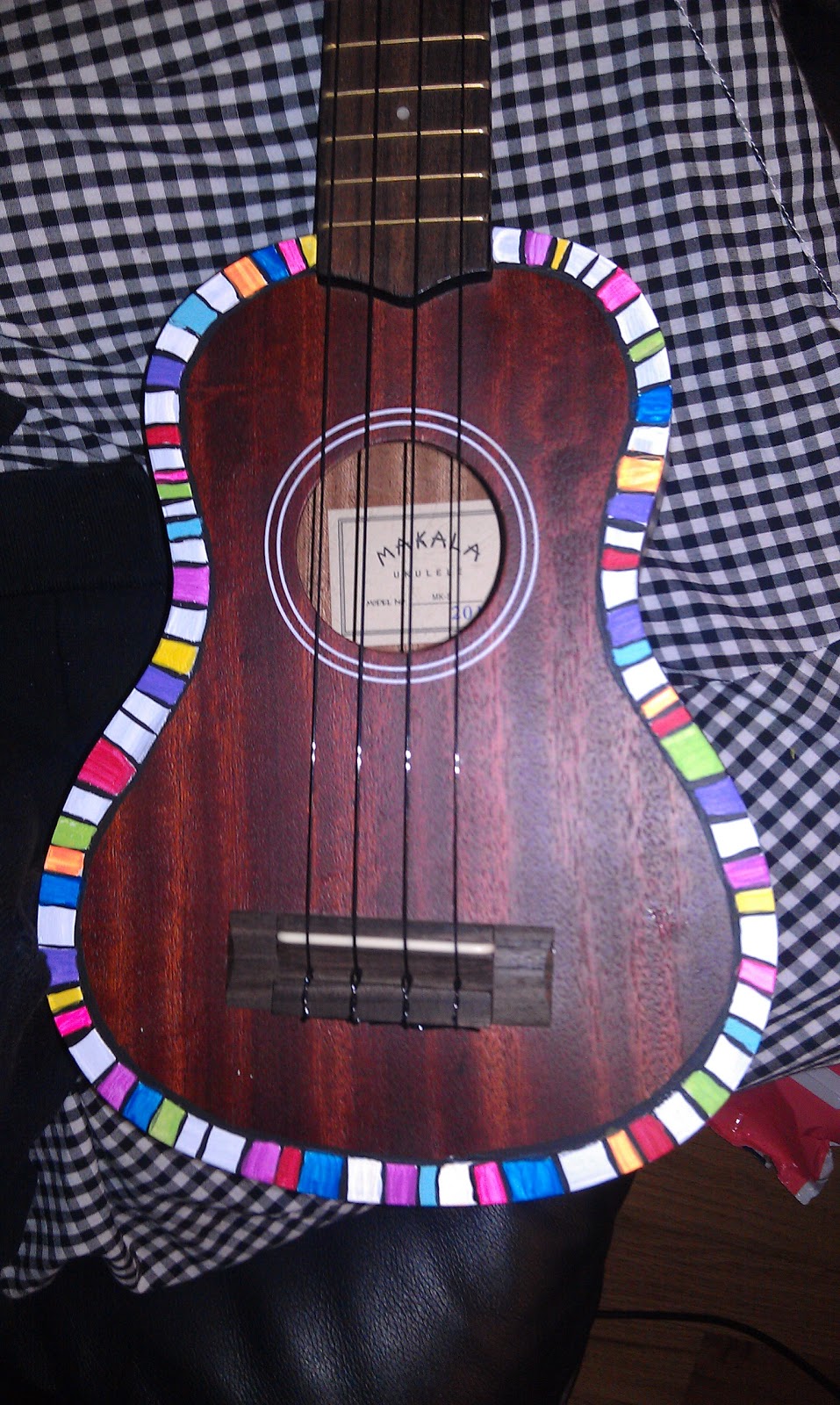 I had a bit of fun while my son and I watched the old stop-motion classic Rudolph.
Posted by grandmastatus at 5:54 PM 2 comments:

Vlog! (and some random stuff you probably don't care about)

1) I watched Life of Pi and it made me cry from the very beginning because I already knew what was going to happen. And it was in 3D which always hurts my head but it was still totally awesome.

2) My shoes are absolutely falling apart but I'm afraid to go shop for new ones because it's December and my brain assumes that all stores are absolutely teeming with crazy people wanting sales. Even though they probably aren't.

3) I'm grateful for my job because I realize a lot of people really need and want one, but I hate it so much that I have started a brand new journal dedicated solely to complaints about my job, the rude things people say, and contemplative reflection on how I am basically a robot. I had to do this because it was starting to be all I would talk about and my family was getting sick of it. So now I have a journal.

4) Christmas still depresses me, just like every year previous.

5) I don't think I ever mentioned it on The Blog, but I'm going to "come out" and tell you all that I am an alcoholic. I haven't had a drink in 2 and a half years, I don't go to meetings or anything anymore, and I haven't had any thoughts about drinking at all but I just thought I'd mention it for the sake of truth. Just so you know me a little better.

6) Which reminds me that I never told you about the very first sweater I knitted, and what happened to it. One day I will, I promise.

7) A story:
One Friday at work I was hauling boxes around, pricing freight and putting away merchandise when this young Asian guy came up to me. He was talking on his phone but told his friend, "Hold on a second, I'm going to ask." I was crouched down putting away some printing screens, but I straightened up as I heard him come near. "How can I help you?"
He replies, "I wonder if you have a jacket that will fit this." And he puts a little object in the palm of my hand. I stare at it for a minute. "Is that Jesus?" To his friend, the guy says, "She's asking if it's Jesus." To me, "How did you know?"
It's obviously a baby Jesus from a nativity set, but I tell him what tipped me off was the modest cloth wrapping him. He goes, "Yeah, I know. He's cold. I need a jacket for him."
He was serious, so I took him to the dollhouse stuff where we didn't find anything suitable. I asked to see the Jesus again (he made a point to tell his friend on the phone that I was asking to see the Jesus again.) and considered telling the guy that I could totally TOTALLY knit this baby Jesus a jacket but I ended up just handing it back and telling him I was sorry I couldn't help out. Jackets for Jesus: it sounds like a charity.

8) One more story:
We sell stamp collecting stuff where I work, and you'd be absolutely shocked at the amount of LED lit magnifying glasses that get stolen. That and exact-o knives are like the most stolen item in my department. Apparently magnifying glasses are really popular; We get a lot of guys coming in looking for them. One day this middle-aged gentleman came in and asked where our magnifying glasses were located. I walked him over to them and showed him our selection. "I need something STRONGER," he claimed. Well, we also have a ton of magnifying glasses over with all the embroidery stuff and so I thought I'd be a nice employee and walk him over there instead of just point him in the general direction. On the way I tried to make some small talk, and asked what he was working on that was so intricate. He stopped, turned to face me, leaned in towards me and went, "It's for my plants. My Cannibas plants! You know, MARIJUANA!" He then gave me this weird expression like, "Hah! What are you going to say now!?" And I nodded and went "Oh I see," And he proceeded to tell me about the crystals that grow on the plants and how he wants to count them. So then I showed him the magnifying glasses which weren't strong enough, either. I ended up telling him he could probably find some specialty product online, but the guy sure was memorable. Maybe that's where all those stolen magnifiers are going...

That's it.
I hope I'll be back soon!
Posted by grandmastatus at 7:29 PM No comments: