Today I found myself struggling against casting on something new. I kept thinking, "Sweater."
Thing is, I have a sweater on the needles already!
Remember this? 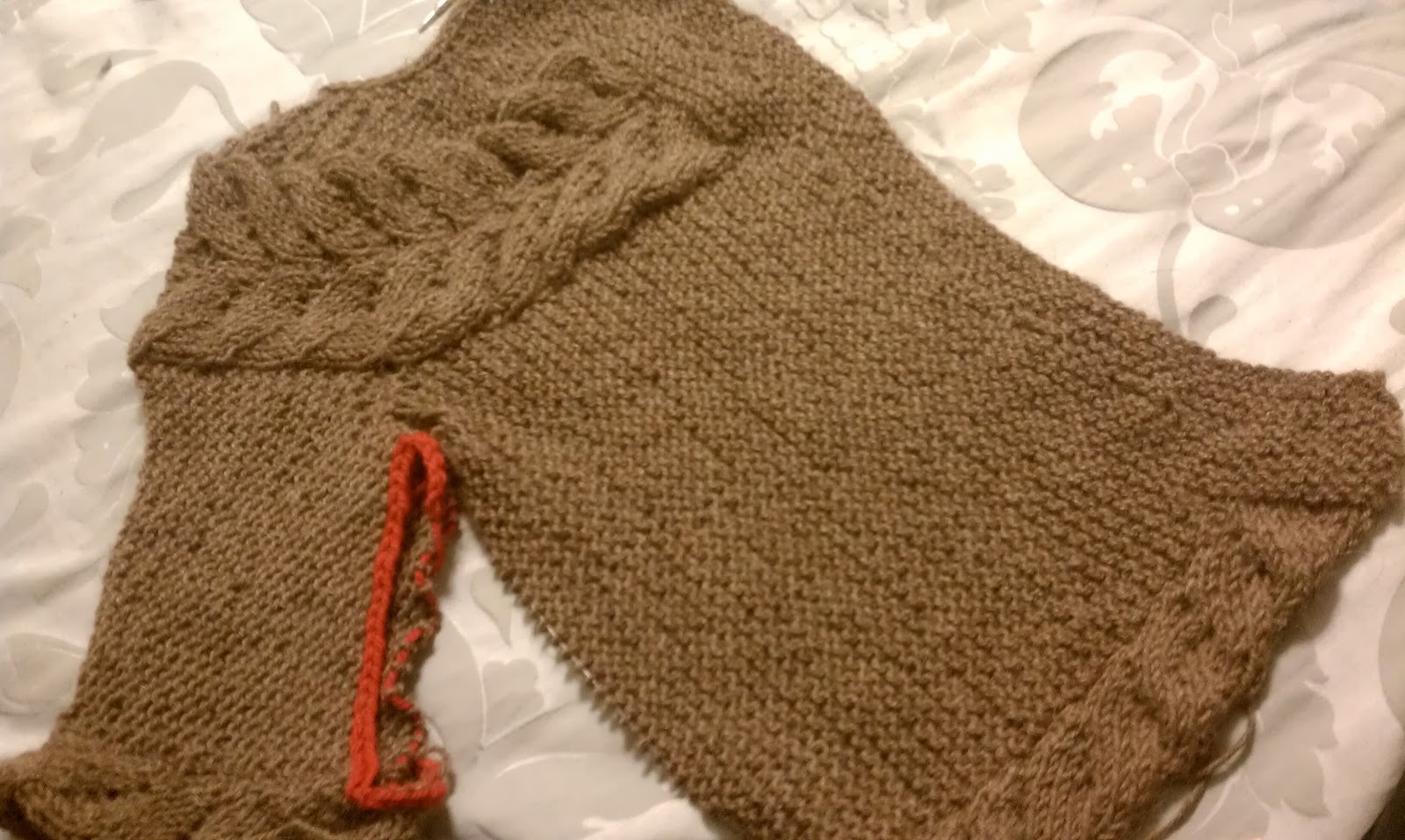 My Vine Yoke Cardigan has been sitting in a bag for so long that I actually lost track of where exactly it was. I looked for it in my WIP cabinet for a few minute, then dug around in my closet before eventually tearing apart the stash and finding it tucked in with a bunch of old acrylics.

Anyways, I settled down with the knitting bag- a nice canvas one with a poppy painted on it- I rummaged for the pattern which, like a good knitter, I had kept very good notes on. Pattern found, row ascertained, and then I pull out the knitting itself.

Strings hanging off in all directions, cast-on edge too tight and yoke too loose. I started to wonder if maybe that was why it ended up in the closet in the first place. I sucked it up, and tried it on:


Though I was knitting the size 30" and my gauge was smack on the money this sucker is so loose and yucky that it is an embarrassment to sheep. (um, alpacas, actually.)

I decided to let it go. Take the unholy thing off my conscience: I am no longer knitting a Vine Yoke Cardigan. I just have some yarn stored in a partial sweater state. And what does that mean? Freed up some needles and I'm ready to cast on a new sweater!

And ok because I am an honest knitter I have to admit it. Part of the reason I gave up on this is because...
because...
I THINK ALPACA IS ITCHY. I admit it. This yarn is Berocco's Ultra Alpaca but I've noticed it with every alpaca yarn I have ever tried. It doesn't really make me itch when I knit with it (except Bernat Alpaca which sheds like a beast and the little hairs always find their way up a nostril) but when I try to put it next to my skin it inevitably makes my skin crawl. I simply couldn't imagine owning a sweater made out of it. Even if it WAS a sweater I knit side-to-side. (A side to side sweater was supposed to be one of my knitting goals this year)

By the way the sleeves were way too wide as well, and the yoke puckered. If I had done pre-emptive Ravelry searches I would have learned that those two areas were the most commonly modified. Tsk Tsk, Cecilia. Next time listen to the knitting masses.

Speaking of which. Any ideas what I should do with the yarn? I have about 1000 yards.
Posted by grandmastatus at 6:58 PM