I love when a WIP Wednesday turns out to be productive.
This morning I worked on my Worsted Boot Socks.
I bought the book "Teach Yourself Visually: Sock Knitting" when the Borders by my house closed. I think that was around April. And though I pored through it and even bookmarked some of the patterns, I didn't cast on a single thing until July. I was digging through the stash, and found some ancient worsted weight acrylic and needed something to do with it. I knit a hat, first, but had a lot leftover still. So I decided socks would be quick to knit in a worsted weight.
I wasn't counting on the short row heel being difficult. After knitting the first sock, I stuffed he bag with the yarn and the needles and the first sock behind my closet door. Where it lingered. Finally, I decided to reclaim my needles. 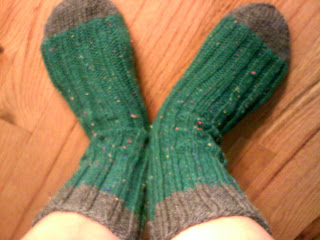 I'm going to admit, that the only reason I finished this up was because I need the size 4's to work on Hexipuffs and my hexipuffs were tired of sharing. Honestly though, I'm surprised I didn't just go buy more 4's. (that's what I usually do) 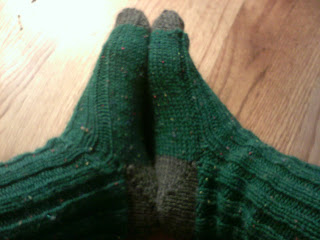 It really was a super quick knit. I finished the second sock up to the heel just watching Harry Potter and the Chamber of Secrets. Then this morning I whipped up the rest of it, changing the short row heel so there was only one set of wraps. They fit perfectly fine. :) 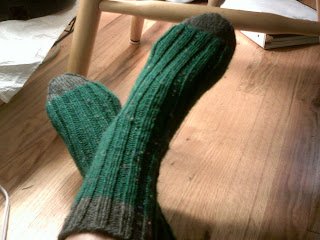 So, what else did I do today?
I bathed a baby. 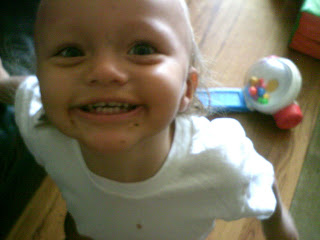 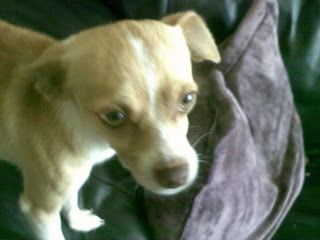 Then later on, I realized that the super secret present I was working on is missing. Apparently, I hid it too well...

Finally, I got a squishy package in the mail.
I'm probably going to cast on these tiny owl knit wristees today, and then use the leftovers for hexipuffs. So excited because it's my first time working with Rowan Kidsilk Haze and I've heard a LOT about it. Expect a review ;)
Oh, and in case my boyfriend is reading, I did NOT buy this at full price.