I know, it's Sunday. I'm supposed to post my Super Stitches Swatches today. I would have, if I'd knitted them. See... it was Friday and I knitted up a swatch. It took a decent amount of time, and it looked pretty nice. I set it aside and started the second one. When it was time to put away the knitting I looked around and saw.... my first swatch was missing.
There was a one-year-old in the room, so I suspect him, but I have turned the living room upside down to no avail. I'll probably re-knit that swatch today but I doubt I'll put up the post until tomorrow.
All apologies.
Instead, please accept my story of Lambtown USA.

I learned about Lambtown USA through online correspondence with writer Lisa Bogart, as she was hitting that spot on her book tour. I was very interested in supporting her and getting my hands on a copy of Knit With Love, so I made my way up to Dixon with my son and my mom.

The distance to Dixon from where I live is 2.1 hexipuffs. 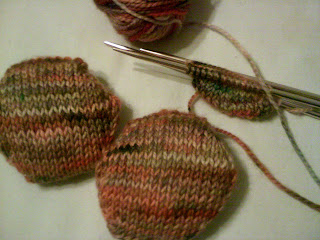 The website boasts a low $2 admission fee, but parking was $5 and food was... well... inexcusable. I paid $6 for 2 tacos. Typical for a festival, but still disappointing as I wanted to spend my money on fiber. Especially since that was the absolute cheapest food booth I could find.

But we had so much fun!
We saw sheep
And we saw alpacas
Knitters: 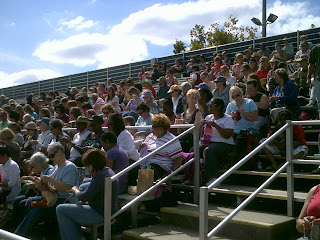 and best of all, yarn yarn yarn! 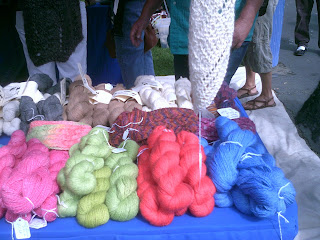 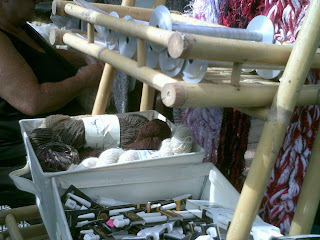 Stuff made of yarn: 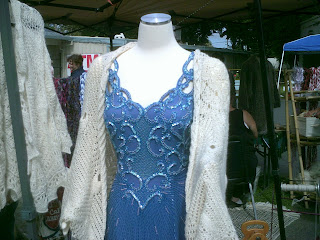 I was in yarn heaven.
And, oddly, I felt kind of out of place at times. There was so much fleece and so many spinners! I have never tried to spin, and I kind of feel it's terrifying. The lady one of the booths asked if I wanted to try a drop spindle and I kind of backed away and left. Geesh, I'm rude.
But I did talk to some spinners and they encouraged me to buy a spindle and give it a try. I'm sure I will, one day, but not until Vyvyan is older and I have more time.

Speaking of Vyvyan, he had a helluva time!  I was worried he would get bored there but he had so much fun. Dancing, and watching the animals, watching the people, and dancing some more.

I could not, however, pass by the Cascade 220 I found for $4 a skein. I mean, the stuff went up to like $9 at all the LYS's, and I really love Cascade 220. It's a funny rust color, but it will make some great xmas presents.
There were so many great booths, and I squeezed everything before circling back around and making my major purchase.
I got this yarn (shade, Mermaid Green) from 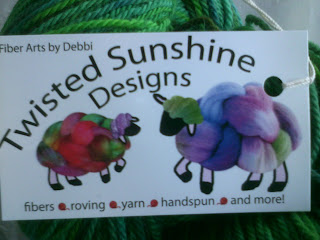 I did talk to Debbi herself, and learned all about the dyes she uses, and had a great time chatting with her. This wasn't the softest yarn in the whole place (damn that qiviut being $180) but it is very lovely and the price was right.

I also spoke with a lady from 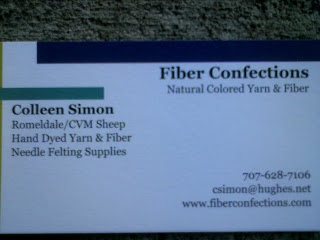 and she actually showed me how to needle felt. Which is much MUCH easier than I had thought. I even gave it a try! She showed me her little felted snowman she made that morning, and a felted monkey she made, and even a pillowcase she's making based on a cute drawing her 9-year-old made.

Another noteworthy booth... now I could NOT afford this yarn after I'd already made all my purchases. But it was lovely, super soft, and I'm going to buy some next time I get some yarn money. 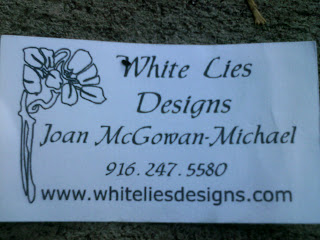 If you've never heard of this designer (which I hadn't before yesterday) you should go and check her out. My favorite of her designs was this one. Or maybe this one. Or this one. The patterns were each about $9, but it was really cool to see her designs in person and to meet her in the flesh. I loved them

Now, when I talked to Lisa I was worried the place would be too big and I wouldn't find her booth! But I ran right into her at the booth for Piedmont Yarn.
And yes, I did get that copy of her book.
And yes, I even remembered to get it signed.
And yes, I started reading it on the way home. (more addicting than hexipuffs?)
And yes, I quite like it.
I was surprised to learn that it mentions God quite a bit and it comes from a very Christian perspective. A few years ago that would have turned me off entirely, but I am trying to be more open-minded about things and it's not like it's a preachy book. It's actually very sweet. I just wasn't expecting it to involve God.
I want to share one bit, that I really liked so far from the book. She's talking about her stash, and how she has all these things that she wants to knit for people, but she just somehow doesn't seem to have the time. She's thinking of all her good intentions and how she feels bad that she didn't get to them. But then she realizes that as she's going through her stash it makes her think of those people, and pray for them, and that comforting thought leads to this beautiful line:
"This yarn will keep me warm inside for a long time even if I never knit another skein."

Anyways, the stories in the book aren't just hers, they come from all over. And I'm really enjoying each one. I like having books on the shelf that aren't just technical knitting books, but also books of knitting stories. (This one brings the count up to 4, I think.)

Also at the Piedmont Yarn booth, they were selling a mini-kit of a skein of yarn and a set of needles for $2. This was for people participating in the challenge to beat the world record of knitters knitting in one place for 15 minutes. I fully intended to participate and bought myself a kit. 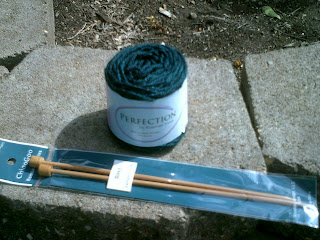 Which I thought would become some fingerless mitts, but which didn't even when I changed the stitch count. 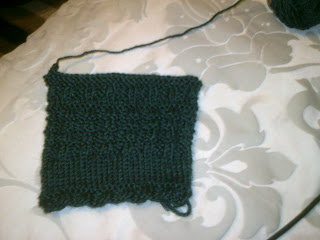 Anyways. I tried to make it into a headband, too. It's a ball again. 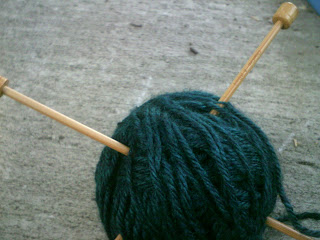 It would help if I knew just how much yarn there is, but it goes without saying that it is a very small amount.

So anyways. Now I have lots of knitting, dyeing, and reading to do! I love days like yesterday. So much fun, so much yarn, so much walking. Then I love getting home and finally cozying up.


Posted by grandmastatus at 8:43 AM