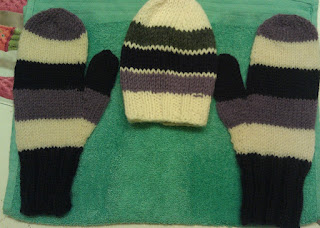 Back in July I knit a ton of hats
and this was one of them. Lately as I've been arriving at work early in the morning it has been cold enough that I've been thinking about a hat and mitten set.
Not this one, though, this one is going to make a nice Christmas present for someone on my list... I want a red hat and mitten set, and the whole time I was knitting these mittens I was quite woeful about the fact that they are not, indeed, red. (Lesson learned: purple is not red, and knitting purple mittens will not make that "must knit red mittens" feeling go away.)

I also want an incredibly soft next-to-the-skin wool to use with it. I'm thinking about Malabrigo Worsted but am not opposed to picking a chunkier weight to make them quicker. I might add a scarf to the set as well and speed would be of essence with a scarf... Preferably so that I never realize I am knitting a scarf. (I think scarves are the most boring knit ever.)

Anyway, that's coming up: a bright red scarf/hat/mitten set to cheerfully peak out of my black coat while I sit in front of Hobby Lobby inwardly begging that Dirk would leave the damn coffee alone for once and let us in on time. The reason I haven't gone shopping for this yet is because LAMBTOWN is coming up. (All caps because I'm so excited!)

If I don't find something good at Lambtown (for the mittens; I'm sure I'll find something good.) then I'll pop in to Knitique at Elk Grove, or perhaps Anna's Yarn Shoppe which recently changed location. If that fails me I know good ol' Rumpelstilkskin has lots of Malabrigo for sale.

Oh by the way the mittens are my go-to pattern, Warmest Mittens and the set was knit with plain Paton's Classic Wool as I've acquired quite a stash of it. I'm thinking of knitting a whole ton of mittens in all different colors and selling them at a craft fair. They really only take a few movie's worth of time and I've memorized the pattern already. I bet once they've been worn a good amount they will felt wonderfully.

Anyways, sorry to neglect you dear blog and dear knitting.
I've been so busy with work, and then since I'm working in the art department I've been trying to paint and draw on my free time as well. Seriously? It's hilarious.
This one's going in my son's room: 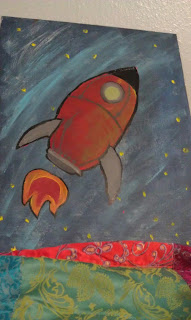 The best picture is probably the one I did of my hands. I drew my left hand first and then decided to label the jobs all my fingers do while I knit and realized my right hand is a lot more interesting. However, in order to draw my right hand I needed to use my Left hand. (I realized afterward I could totally have taken a picture instead.) And so the first hand looks moderately deformed and the second one looks like a freakin' werewolf! It's both disgusting and hilarious at the same time.

I've been playing with watercolors too ;) 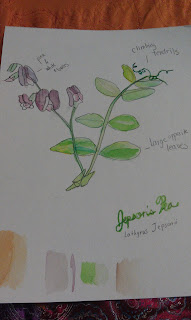 Posted by grandmastatus at 6:03 PM