On January 15th of last year, I wound the wool for this project. I knit one sleeve, knit half of the second, and set it aside. Never to look at it again... until now! 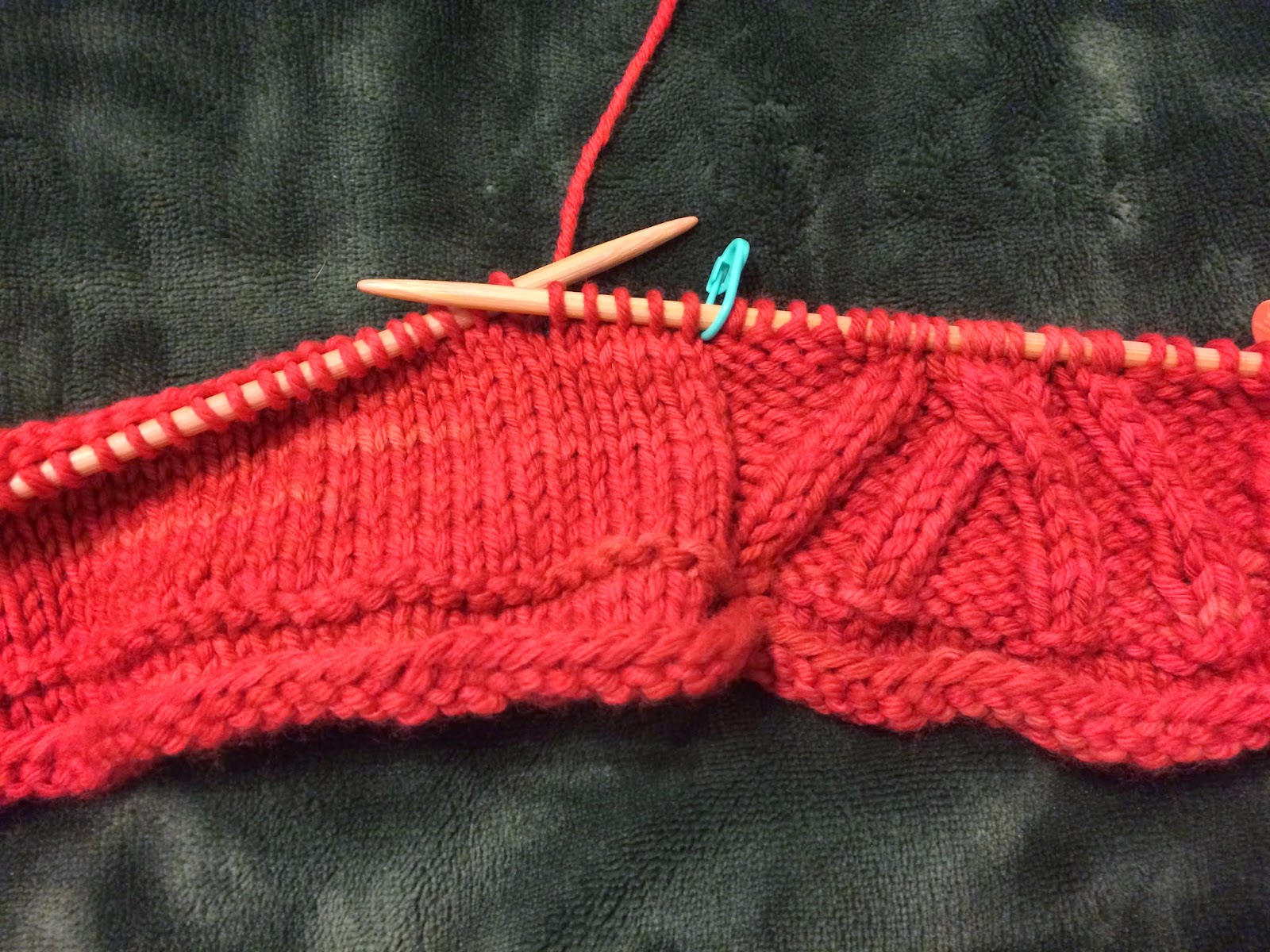 I finished the back rather quickly, but once I set it down to photograph it I noticed that the second ball of yarn I joined-though the same dye lot- was much lighter than the first. As a result the wasit-shaping area is much much lighter than the rest of the sweater. Luckily, I don't mind at all. A lot of people would rip back, but I'm really just looking forward to wearing this thing. 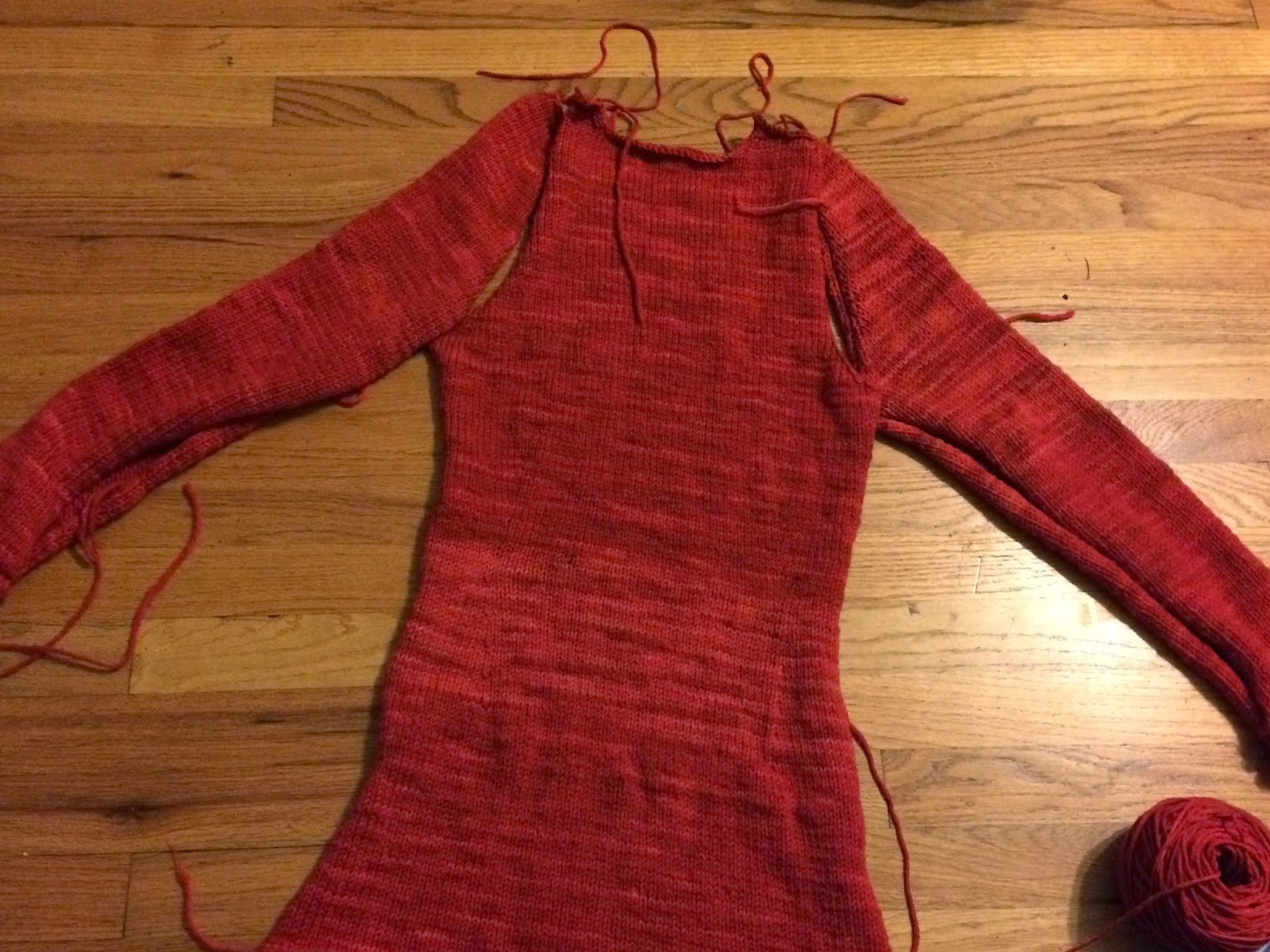 I shared it with my knitting group to ask if they would rip back, and I got an overwhelming no. Most people thought I meant to do it that way, actually! Either way, I will continue knitting because it is so soft and will be so warm! And when do I ever look at my back anyway? Never. Let it bug people who are behind me at the bank if it must bug someone.

Anywho. The pattern is Revere House the yarn is Malabrigo Twist in Sealing Wax. OH! And this yarn is the WORST yarn I have ever bought in terms of knots. I had one skein that was knotted like 4 times, and two parts were just broken and left like that without the courtesy of a knot. Like, one strand was perhaps one yard long. Seriously???? It was pretty awful. If I had bought this yarn more recently (like, I think I bought it in 2012) and had the receipt I would have complained and sent it back. But then again I'm lazy so maybe not.
Ha.
Happy knitting everyone!
Posted by grandmastatus at 1:13 PM