My mom, presumably, learned to knit in the 70's. She never taught me to knit, but when I showed interest in the craft and taught myself from Stitch N Bitch, she did hand me down some metal straight size 8 needles from my grandmother, some old crunchy orange acrylic yarn, and this book: 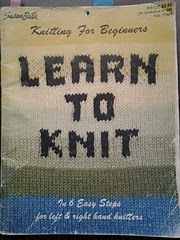 I used the needles, I tossed the yarn, and I held onto the book.
I held onto the book for a very long time, although I had looked through it and decided that all the patterns were too old-school. (The book was published in 1978 and includes patterns like "tweed poncho")
Now, more than ten years later I am finally knitting something out of that fateful book and- wouldn't you guess it- it's for Mom. My mom loves vests: we wears them all the time, and so I thought what better quick project for her birthday in April? 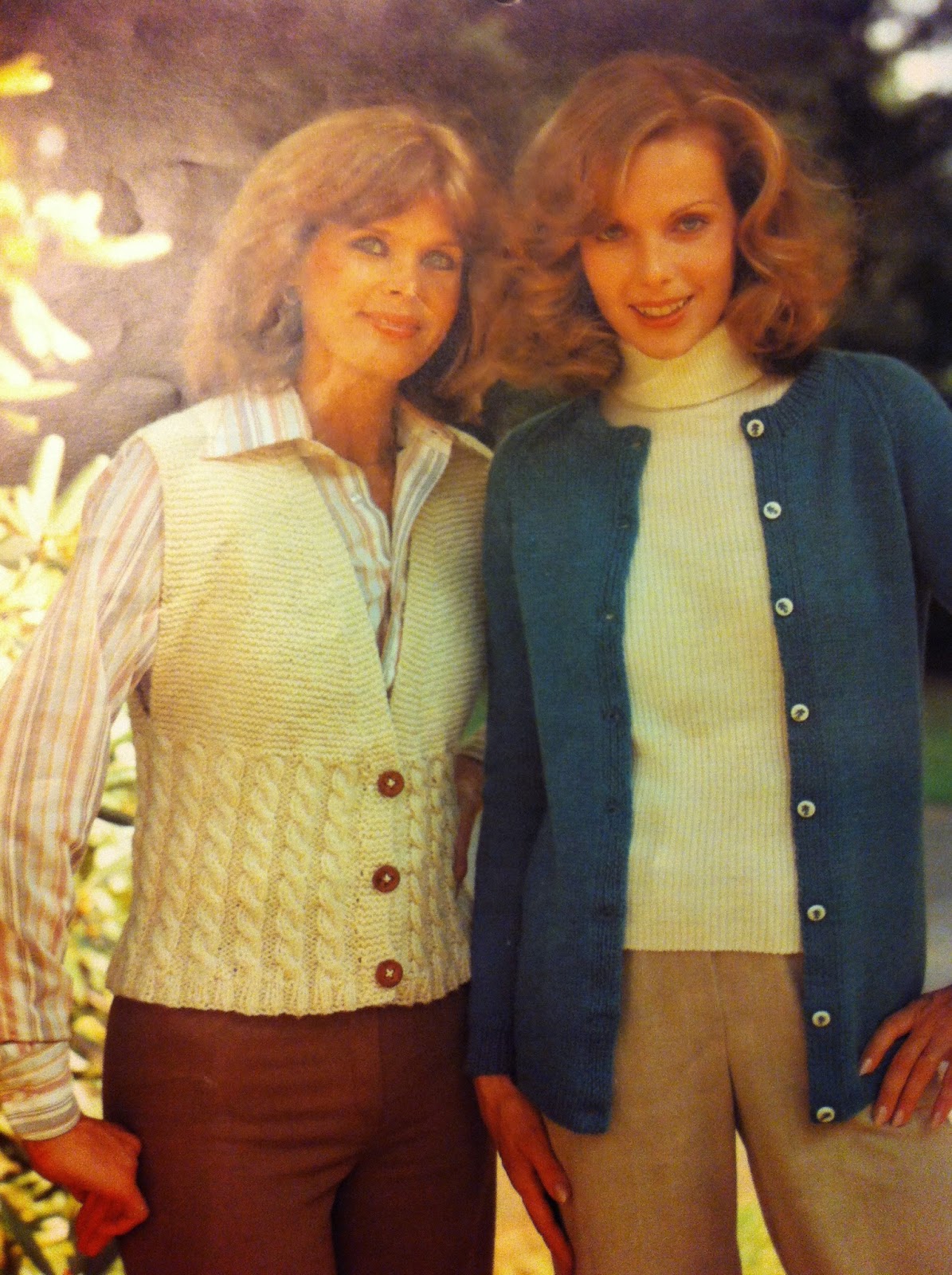 Did you ever think to yourself, Oh yeah I'm just going to knit this sweater really quickly.... and then are slowly reminded that there's no such thing as a quick sweater? Yeah I thought I could avoid that because this isn't a sweater: it doesn't have sleeves! Turns out all that garter stitch is really doing me in! I started it on March 21st and the cables were fine enough- even though I opted to use a smaller needle. But then the garter stitch began. Oh the monotony. 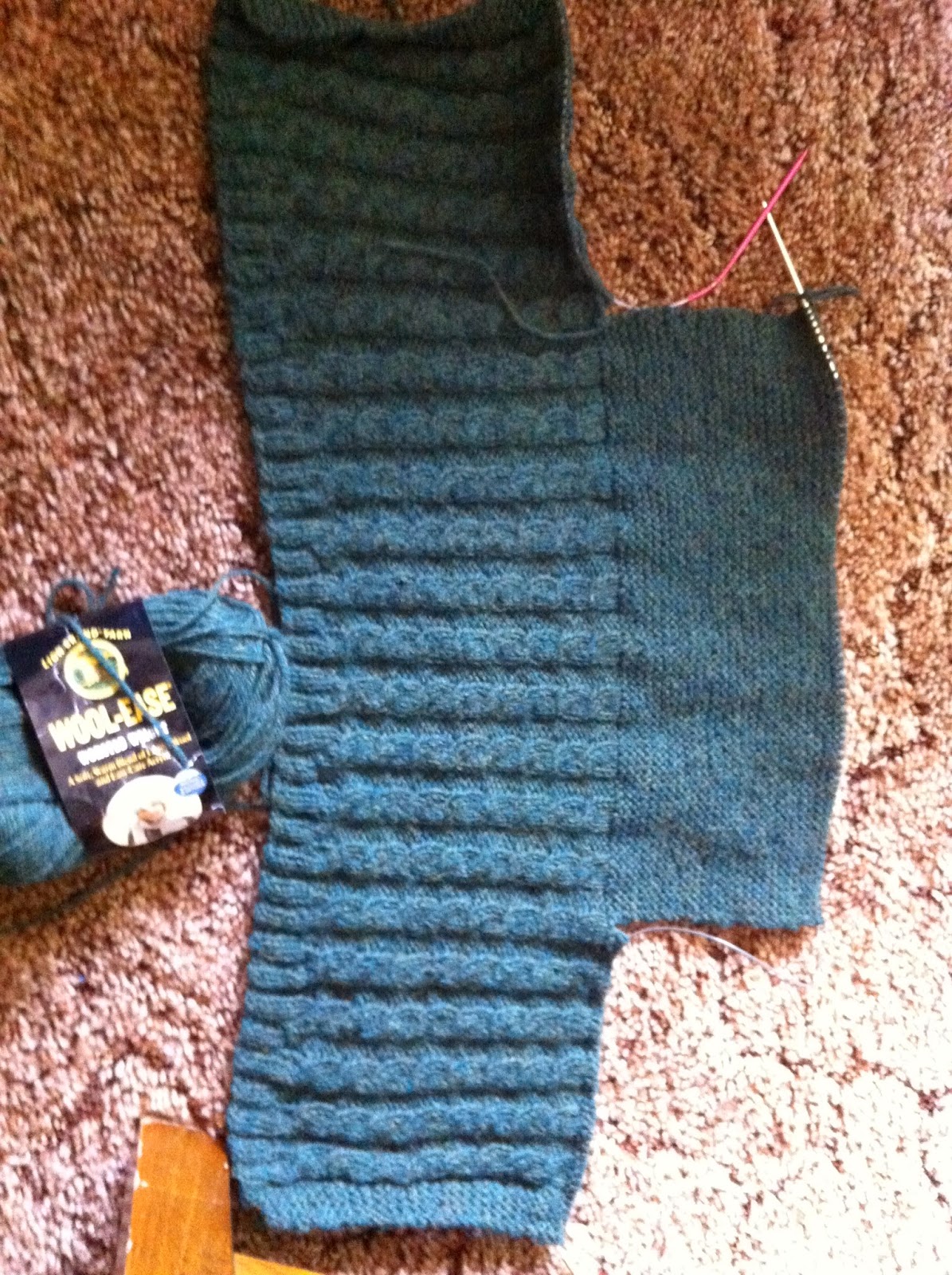 Halfway through the back I flipped lazily through the book while knitting and realized with horror that the reason it was seeming a little small was probably because .... the sizing was from 1978 and while my mom would be swimming in a size 8 TODAY, a size 8 from then was actually going to be snug- especially since I had opted to use a smaller needle to combat the fact that a size 8 was too big for her. Thanks, old patterns, for failing to include the bust size.
I kept going anyway, and just kinda hope it'll stretch enough to accomadate her. 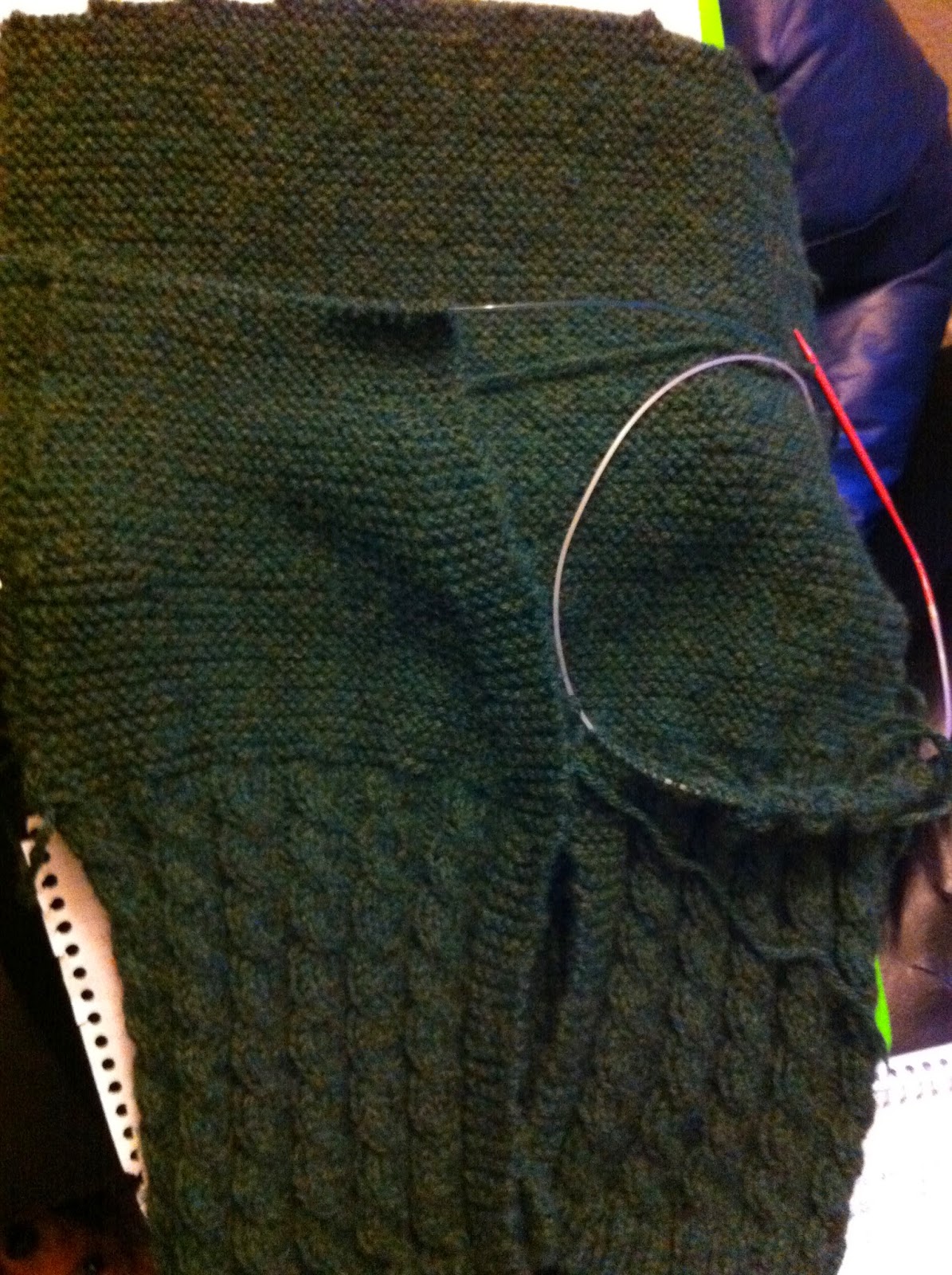 The back is done, right front is nearing completion and once I get the front done I can seam up the top and try it on. My mom is much smaller than me, so if it fits me with a bit of stretching it will probably fit her fine.... probably... Can you tell I'm a bit worried about this?
Two more pictures, although ignore the exposure: 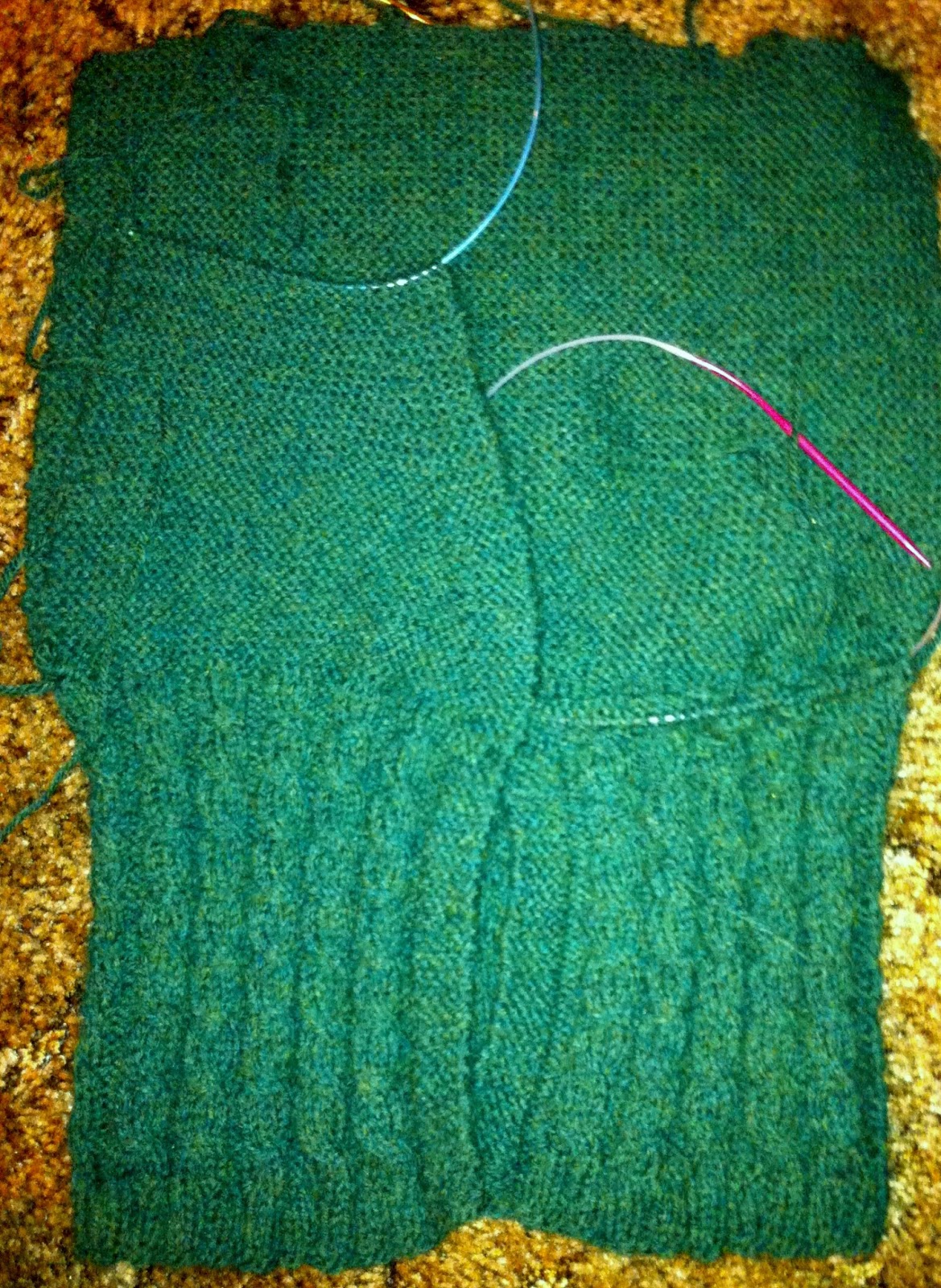 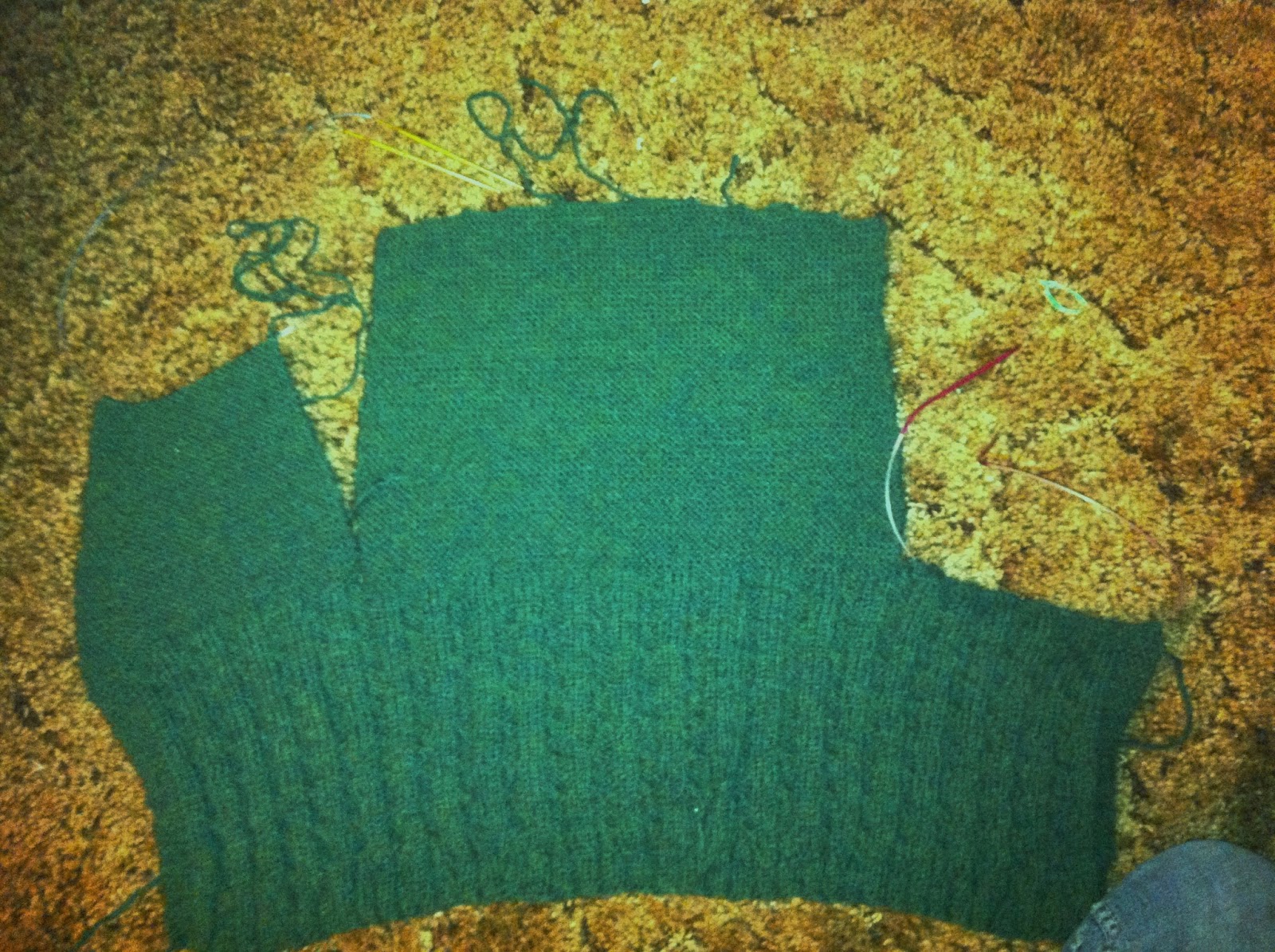 Initially I had thought it wouldn't be a problem if it was too small because I'd gladly re-knit the whole thing with love for Mom. But oh my goodness garter stitch. If it's too small I might just buy her a plant.

Posted by grandmastatus at 8:13 PM