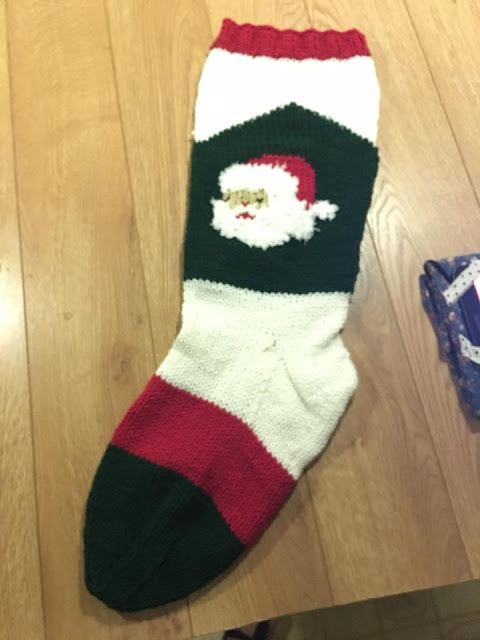 I guess apparently I wasn't done knitting Christmas stockings. This one was for nobody in particular. I don't even like Christmas, but for some reason the large stockings are satisfying to knit. I like adding the designs with duplicate stitch, and I like how you only have to make one of them. I think next time I will incorporate some nice Norwegian patterning and keep it red and white. This one was done with Bernat 100% acrylic and I used some fluffy stuff from the stash for the Santa beard. A long time ago when my son was a baby, his paternal grandmother asked me to knit some stockings like this for the family. I guess whoever had previously knitted all of the stockings had passed away, and she needed to add some for my son as well as a few other new babies. She offered me $40, but I never took her up on it because I was intimidated by intarsia and I also never really liked knitting for money because it's usually not something I want to make if someone wants to pay me for it. Anyway, this stocking was OK to knit. I would make more. Not for $40 though! The original pattern also had two candy canes criss crossed at the heel front, but I added Santa in duplicate stitch and by the time he was done I was over it. Next time intarsia for the win.

Anyways something happened in June. I didn't knit a single thing. July certainly made up for it as I completed two sweaters! 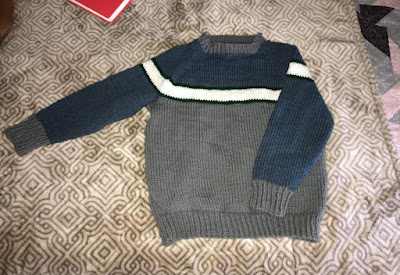 This simple raglan sleeve pullover was made all in a week, sitting fireside. We went for a camping trip in the Henry Cowell Redwoods and I really enjoyed the simplicity of round after round of stockinette while the kids made bigfoot calls and chased eachother around and roasted marshmallows and went on hikes. I worked on the sleeves while we went on a night hike and someone commented they'd never seen anyone knit and walk at the same time! I laughed, "Now you have!" The neckline was finished on the drive home. It's for my son. 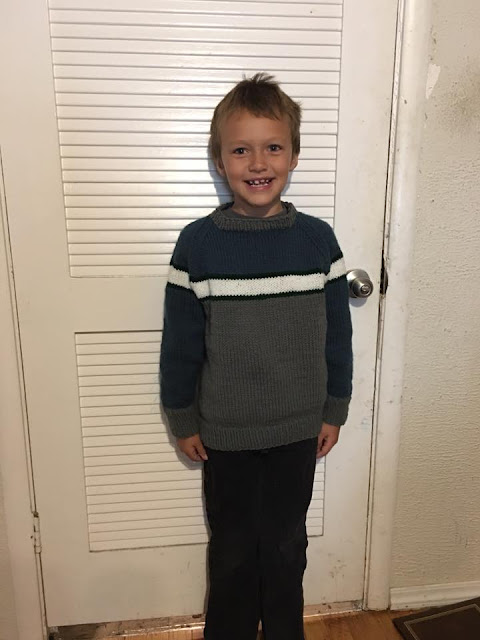 And look how well it fits him! (Excuse the bedhead- I swear he "brushed" it.) He unfortunately thinks it is itchy and actually refused to put it on until I offered him a candy... and a dollar. It is 100% acrylic so it isn't really itchy. He owns and wears itchier things. Oh well.

My daughter's jacket was completed too, at least the knitting part of it. I started it in February and realized in time that I had made a grave error in my maths and it was huge. Very very very huge. Like, fits her 6 year old cousin huge. (She wears a 2T.) Still, I persevered and the Tomten is complete. Since this photograph I have added an I-cord border, which looks lovely, but it's 110 degrees in California and I'm not going to make her suffer putting it back on for a photo. Besides, I have purchased some nice fabric to line it with, and still want to add a zipper. I told my mom, if I line it and zipper it then by the time it is done she will have grown into it! (I'm notoriously bad at finishing) 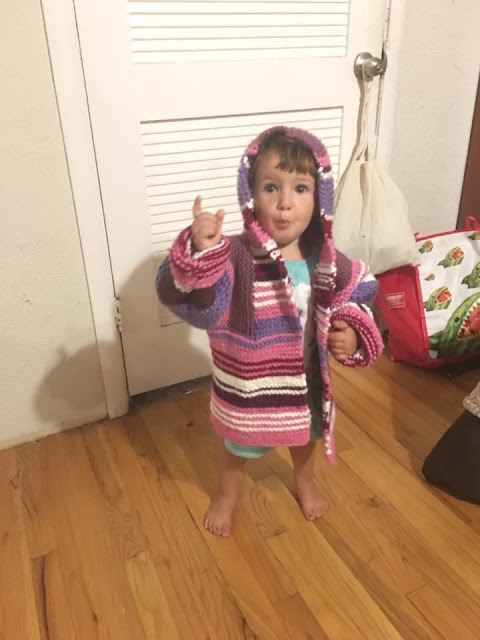 Look at those rolled up cuffs!! Poor thing can wear this thing for years! 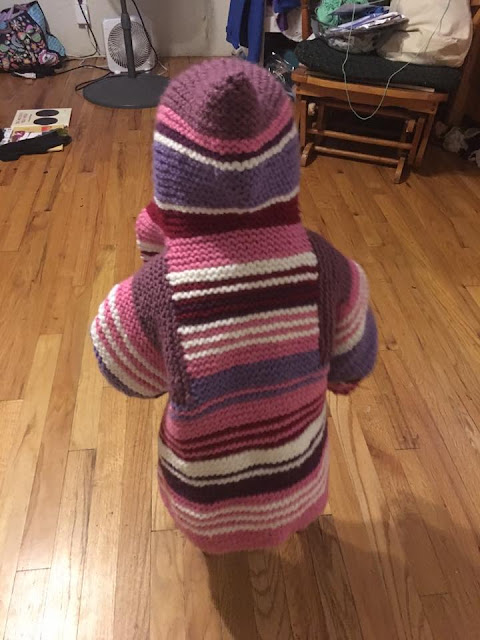 I really actually like how it came out, although it seemed to take DECADES to knit. Garter stitch, man. It takes a lot out of you! But seaming it was really quite easy, and it's easy to keep track of where you are. Maybe (MAYBE) some day an adult Tomten is in my future.

Finally, I know I mentioned Bigfoot earlier. Well we found ourselves going to the Bigfoot Discovery Museum down in Felton near Santa Cruz and so what did I do? Find a bigfoot hat pattern! 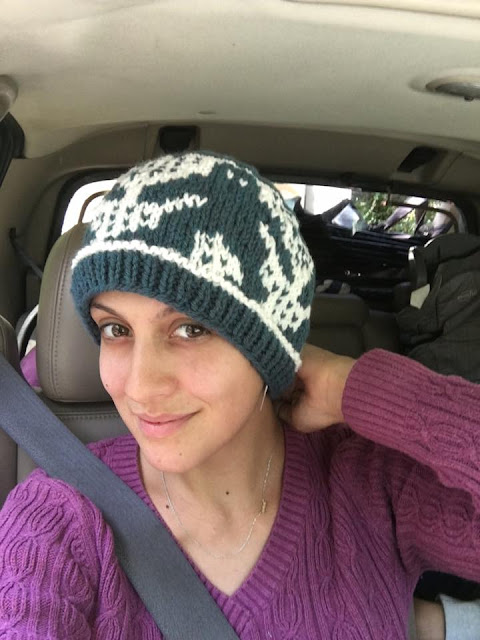 Is that hilarious or what? My dad was a big fan of it. It's was too big for my head though.

Posted by grandmastatus at 6:21 PM