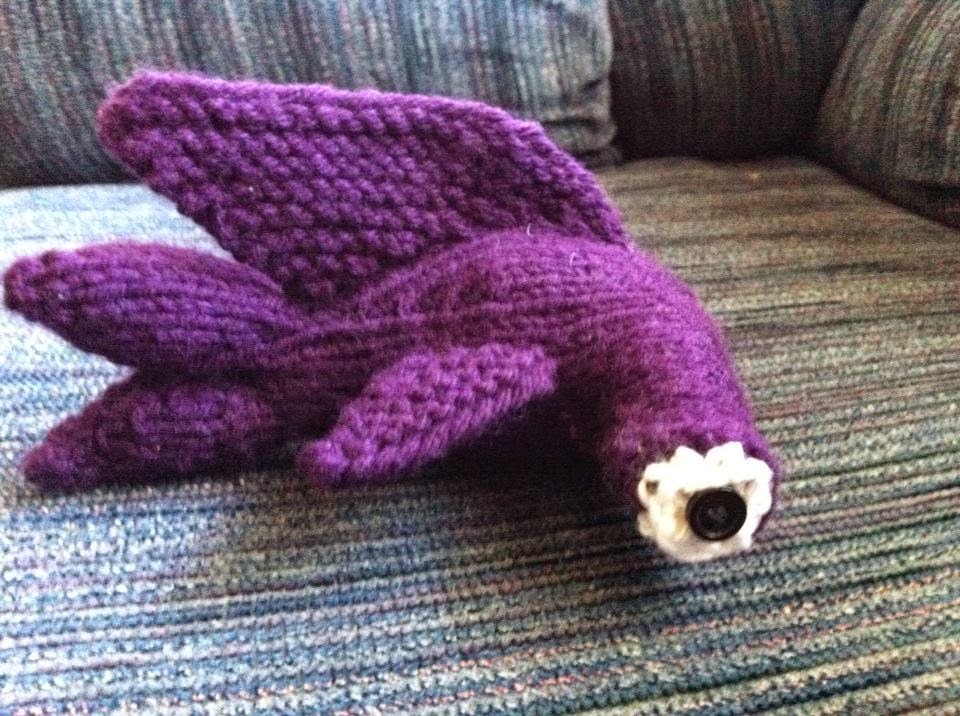 It took me about an hour to finish up the hammerhead, so in total he only took maybe 3.5 hours and he's very cute and full of personality for such a quick knit! I mean, same amount of time and I could have a boring hat.
The eyes were the most challenging part: the pattern suggested three rows of single crochet to "close" the eyes. I couldn't make that look good. Also, I'm not the best at embroidery so I just sewed buttons on. 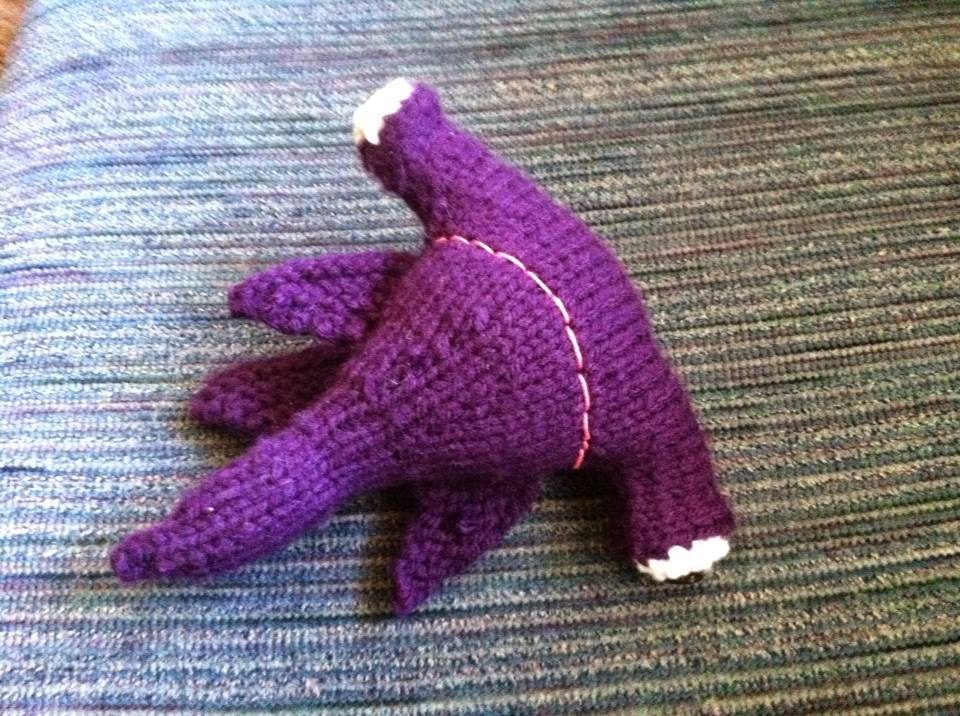 I must admit, the mouth on this toy was impressively designed. It's actually a three needle bind off that creates a perfect hammerhead mouth, which you then outline with black embroidery thread. (Unless you're my son, in which case you pick pink) 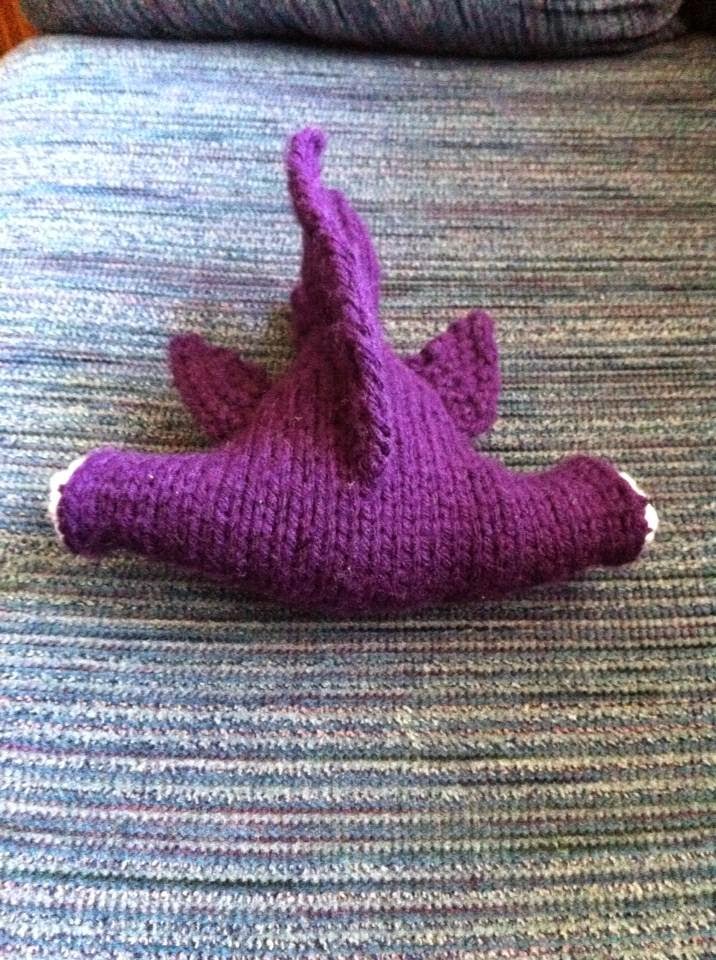 The hammerhead's head was also clever, and ultimately I really enjoyed the pattern although it did have a few questionable sections. (Which, honestly, it's a free pattern so I don't expect it to be perfect, and I figured out the bits that didn't make sense.) 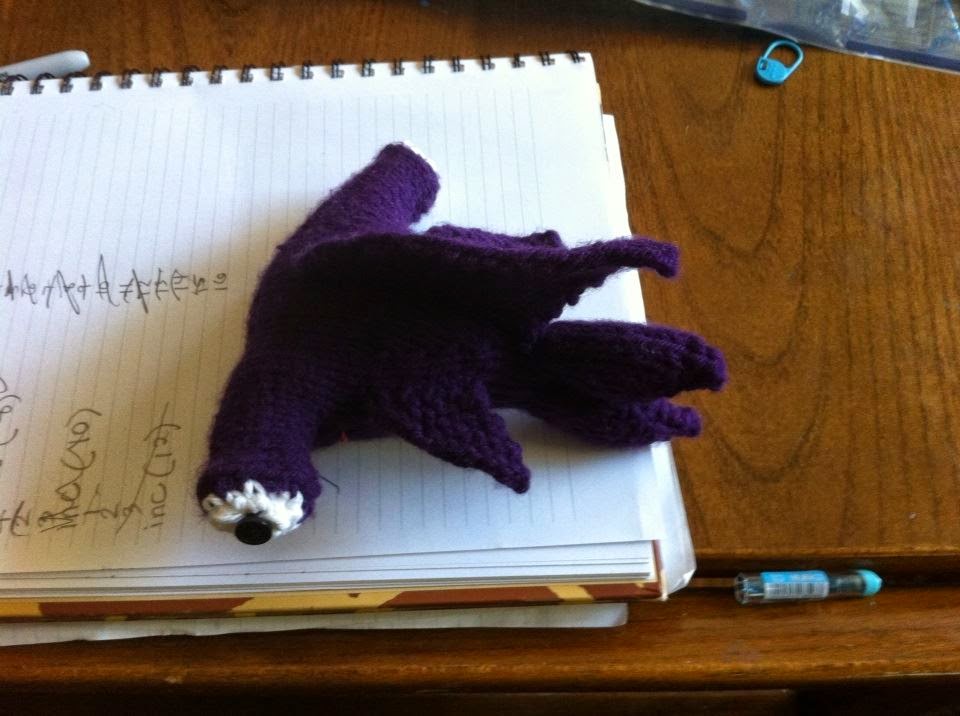 A few knitters have mentioned that the shark isn't really... long enough? I did consider while knitting to lengthen the body before I got to the head shaping. That would have increased his anatomical correctness, but perhaps diminished his cute-ness. Besides, I thought at the time, then it would take longer to knit! All in all I'm quite happy with him- short, fat body and all! And my son is in love with him- named him the incredibly creative "Ham-hammerhead."

OH! And for those wondering what yarn I used: I have no idea. This ball of yarn literally came from nowhere- my son handed to me in a tangled mess that I'm pretty sure he found in a box of his toys. It's probably an acrylic blend, perhaps Wool-Ease, although I don't remember buying purple wool-ease... May be Hobby Lobby I Love This Yarn, on second thought because I remember being gifted some of that and using part of the ball on a hat and then losing the rest.... Must be.
Posted by grandmastatus at 9:22 AM